An Error in Calculation | Nioh 2 Wiki

An Error in Calculation is a Sub Mission in Nioh 2. This mission is recommended for level 27, has a level 4 difficulty, and features yokai enemies. An Error in Calculation tasks players with retrieving Maeda Toshiie's valuable item, an abacus. This mission is unlocked after completing the Main Mission: The Hidden Monsters of Okehazama. Please see Missions for other walkthroughs on other missions.

An Error in Calculation

Um, can I ask you to do something for me? And to keep it a secret from Tokichiro?

You see, I dropped something very important in Okehazama. I wanted to go back and get it, but the place is teeming with Yokai, and painful though it is to admit, I wouldn't last long out there. I'm sorry to have to ask, but could you go and retrieve the item for me?

It really is irreplaceable. Please do this for me.

Oh, it's you! ...And that's my abacus! No doubt about it! And it looks like you didn't get a scratch on the frame or beads. Thanks greatly, you've really helped me out!

...Oh, this thing? Well, I got it from Kami back when I was exiled from the Oda clan. I may not look like it, but I'm pretty good with numbers. I've done all manner of calculations on this contraption. Well, I'm the backbone of my family, so I need to be on top of things! Ha ha ha!

Hmm, do you have something you want to say?

Look, if you're after a reward, I can sort something out for you.

An Error in Calculation Walkthrough 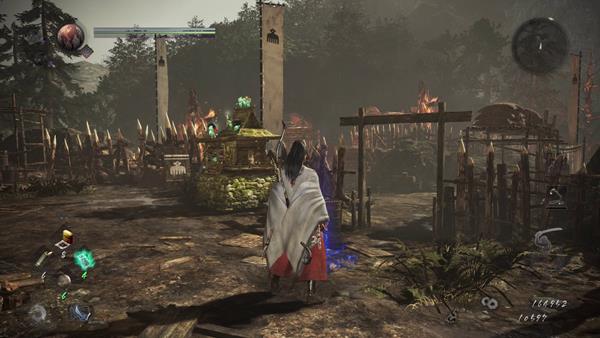 You'll arrive in Okehazama, west of Owari Province. Maeda Toshiie has asked for your help to retrieve his prized item, an abacus. Follow the marked location which will lead you to a cave engulfed with the Dark Realm. Players arrive at the barricaded post where Imagawa Yoshimoto was encountered during the main mission: The Hidden Monsters of Okehazama. Before you proceed forward, make sure to check the area where the shrine is, you'll find some items inside some wooden boxes and there's also a small chest that you can open. 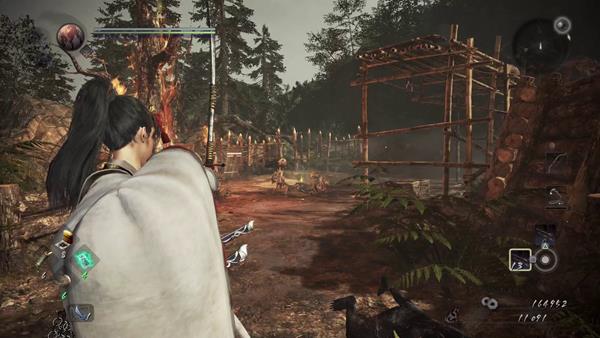 After your preparations, and once you've looted the area, proceed forward where you'll come across two Gaki feeding on a corpse on the left, and one on the right standing next to a burning tree. Kill the enemies, loot the bodies, then proceed into the cave. 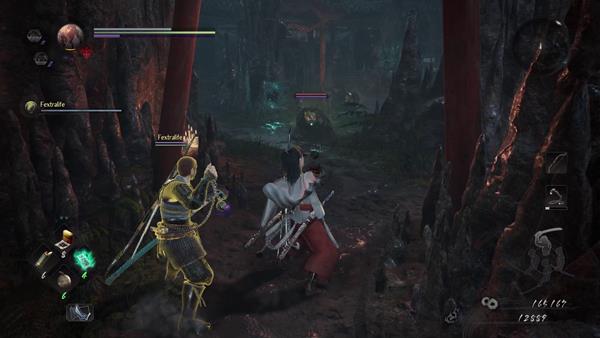 Inside the cave, you'll encounter two Toxic Slime yokai enemies, you can instantly kill it by using an Iga Gunpowder Bomb. After killing the slimes, head inside the shrine that's in the middle where you'll find another Gaki and a new yokai, a Karakasa Umbrella. You'll find a small and large chest inside the shrine, also make sure to check the well that's around the corner of the shrine, you can strike it to obtain a random item. 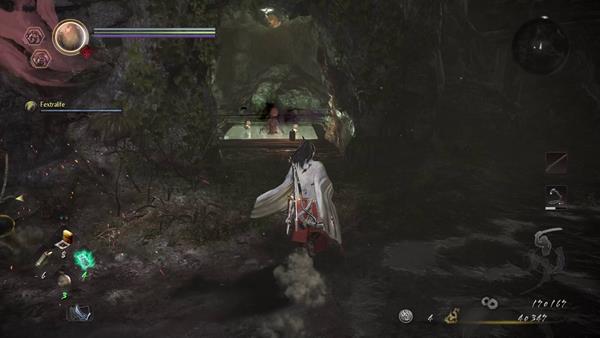 You can also find a hot spring outside if you exit through the door that's on the left, it's at the same spot where you found it during the main mission: The Hidden Monsters of Okehazama. However, there's a Gaki inside it and a Toxic Slime that's just above it, you can use the hot spring after killing both Yokai that's on the spot. If you continue to take that path ahead, you'll encounter more Yokai and reach the upper section of the cave that's engulfed with the Dark Realm and you'll find the source of it which is the Waira yokai (make sure to kick down the ladder to open a shortcut). 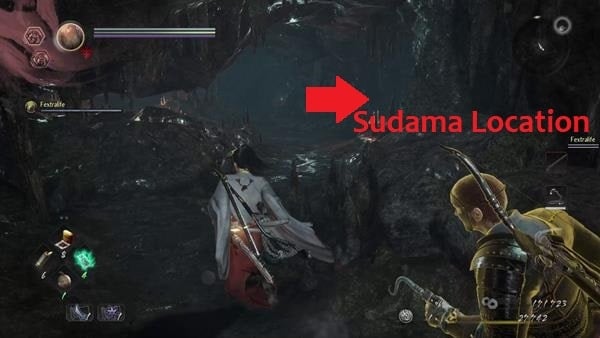 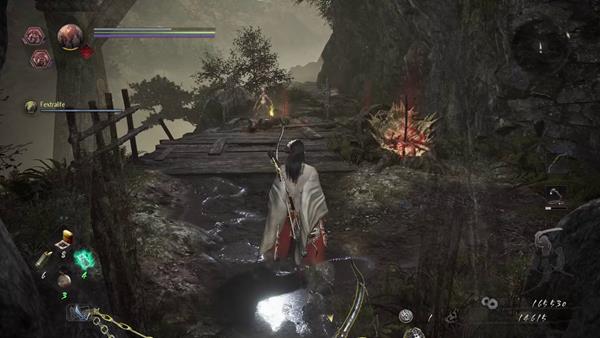 After that's done, head out the shrine, and go through the door that's surrounded by plants on the right side. You'll exit the cave and come across another Gaki standing at the edge of a broken bridge. Kill it, then cross the other side by using the knocked down tree. On the other side, there's another Gaki standing by the entrance of another cave that's engulfed by the Dark Realm on the right side, and a Karasu Tengu straight ahead of the steep path - kill the enemies, then enter the cave with the Dark Realm.

Inside the cave, you'll see a One-eyed Oni patrolling, an Enki that's looting, and a Biwa Boku-boku sitting by the path that's on the left. The Dark Realm inside this cave is different from the others, if there are bloody graves inside, their spirit will attack you and appear in their Yokai Shift form for a period of time before it reverts back to its human form. From where the Biwa Bok-boku was, go through that path and head to another room where you'll encounter a couple of Dweller yokai.

From that room, head outside, climb down the ladder, and you'll find yourself back at the starting point during the main mission The Hidden Monsters of Okehazama - you'll find a Scampuss at the bottom that's being guarded by a Dweller.

The source of the Dark Realm is the Waira located at the inner section of the cave, you'll have to defeat it so that you can dispel the field and open the large chest where you'll find Maeda Toshiie's abacus. Just be careful since there is a couple of Dweller yokai in the same room that will also attack you. The chest containing the item is in the same room as where the Waira was - once you retrieve the item, you'll complete this mission.