Boundless Chaos is a Sub Mission in Nioh 2. This mission is recommended for level 135, has a difficulty level of 3, and features both human and yokai enemies. Boundless Chaos tasks players with investigating the capital and to stop a mysterious figure along with Urabe no Suetake. This mission is part of the Darkness in the Capital DLC, it becomes available after completing the Palace of the Damned. Please see Missions for other walkthroughs on other missions.

"Even though Doman is no longer with us, there have been sightings of a suspicious figure walking the palace grounds with yokai in tow. I swore to my master that I would protect the capital. I cannot let it fall into chaos again. One of the Four Guardians, Urabe no Suetake, has already departed for the palace. Could you join forces with him and that trusty bow of his to get to the bottom of this?"

"You have done well. So it would seem that the ominous figure who walked the palace grounds accompanied by yokai was not a bringer of calamity we had feared. Judging by that tone though, it seems they long served the darkness. Well, perhaps fate will have our paths cross once again." 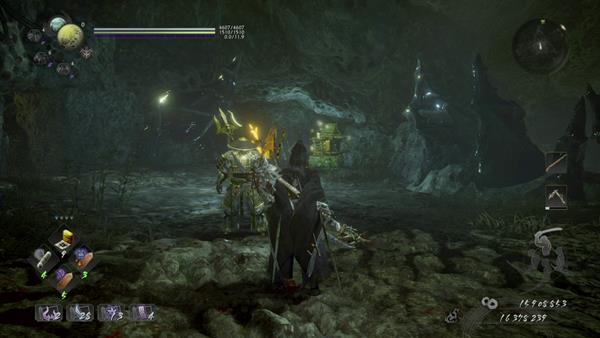 Upon arriving at the starting point, Urabe no Suetake, one of the capital's guardians will approach you and join your party as a companion for this mission. From the first Kodama Shrine, head down the slope next to it to start your exploration, you'll encounter a Dweller and a new yokai Hellish Hag below and also a corpse that you can loot to find Raishodo. Loot the body that was being eaten by the Hellish Hag to obtain the Red Spider Lily. 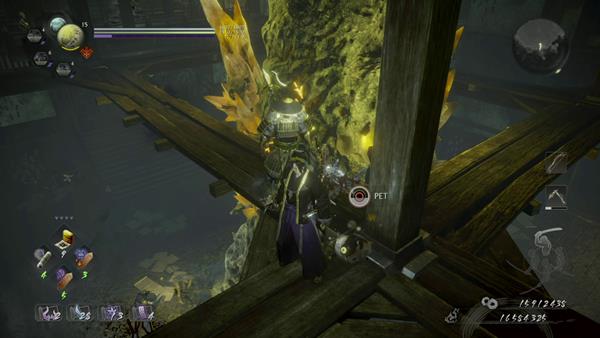 After clearing the first section, head east and you'll see a path that leads to some wooden beams. Walk onto the narrow platforms, kill the roaming yokai such as the Gaki and loot the corpses that are around. There's also a Scampuss on the middle section of the wooden beam. There's also a large chest nearby to find Great Kanemitsu, Hornthrust Bow, Eccentric's Cuirass, and Mataza's Waistguard. Near the large chest, there's an Underworld Soldier within the yokai mist. 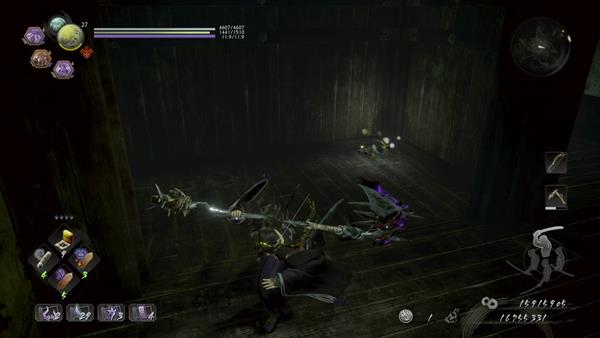 Once you've acquired the items from the large chest and have killed the Underworld Soldier, you can go back to the wooden beam and use the high-ground to scout the area below. You can kill the Dweller yokai that's inside the dark realm. Make sure you kill all the Dweller first before you jump down to fight the Onyudo and Kiryoki, killing it will dispel the dark realm. At the corner of the steps on the left, you'll find a large chest that you can open since the dark realm has disappeared.

Head up steps, go left, and destroy the shoji on the right to find another Scampuss. After grabbing the Scampuss, go around the corridor and you'll find a corpse that you can loot, and light the altar at the center. Go back outside and head north from the large crystal. Next, head towards the marked location where you'll encounter multiple yokai along the way. 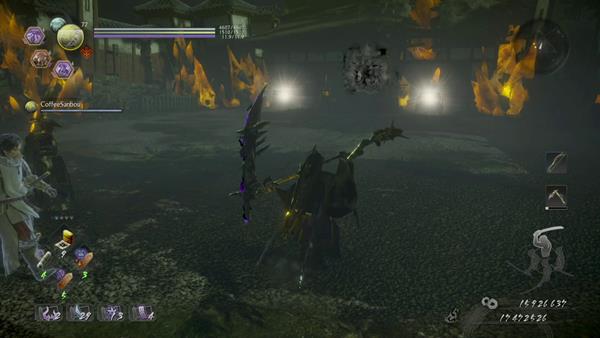 Eventually, you'll reach the marked objective where you'll fight a gauntlet of yokai. The first yokai that will appear are x2 Warrior Skeleton and an Underworld Soldier. Next will be x1 Hellish Hag with a few Gaki. The next group will be x2 Oni-bi, 2x Wheelmonk followed by an Oboroguruma. Defeating the Oboroguruma will end the gauntlet and you'll be able to enter the temple ahead. Go inside, open the gate and speak to the man outside to complete the mission.