Hakutaku is a Guardian Spirit in Nioh 2. Guardian Spirits can be selected on the Shrine menu and each provides a different boost to the player. Activate Yokai Shift by pressing △ + O (B + Y on Xbox/Steam controller) when the Amrita Gauge is full.

Hakutaku is a sacred beast that fathoms human speech and is said to have knowledge of all things. According to legend, this three-eyed beast with the beard of a goat is said to only appear before the virtuous. It is believed that Hakutaku possesses an immense amount of knowledge about the world of spirits and demons, including the knowledge of how to drive away those who cause illness. There is even a theory that the Yellow Emperor, one of ancient China's Three Sovereigns and Five Emperors who is said to be the ancestor of modern medicine, received his medical knowledge from Hakutaku itself. This has led people from all walks of life, from statesmen to commoners, to keep drawings of Hakutaku on their person or by their bedside to drive away misfortune or disease. 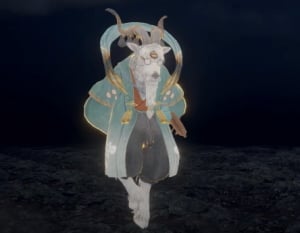