Hiyokucho is a Guardian Spirit in Nioh 2. Guardian Spirits can be selected on the Shrine menu and each provides a different boost to the player. Activate Yokai Shift by pressing △ + O (B + Y on Xbox/Steam controller) when the Amrita Gauge is full.

Hiyokucho's form is composed of a pair of male and female birds resembling waterfowl whose bodies have fused together as one. As each wields only one wing and one eye, both must work together to fly. This imagery is often used in Japan to describe a happily married couple. In the Shan Hai ling (also known as the Classic of Mountains and Seas), an ancient Chinese text of mythic geography, it is said that Hiyokucho brings flooding with it wherever it goes, leading some to believe that this spirit also possesses the power to control water. 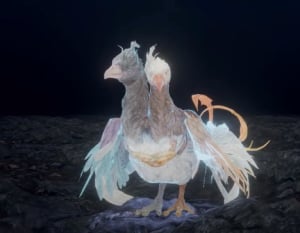