Itokuri is one of the Guardian Spirits in Nioh 2

.Guardian Spirits can be selected on the Shrine menu and each provides a different boost to the player.
Activate Yokai Shift by pressing △ + O (B + Y on Xbox/Steam controller) when the Amrita Gauge is full.

This spider spirit is not content to merely protect people. It also likes to alter their fates, taking them down a winding path on the way to their destination. As an example, many loathe Matsunaga Hisahide for his villainy, while others remember him as one of the most cultivated gentlemen of his generation. Either way, his influence was huge and far-reaching, though it remains unclear to what extent an Itokuri was involved.
The Itokuri have particular fondness for treasures and historical items that have affected the fates of many. Some people even venerate the Itokuri merely for a chance to associate with such artifacts. 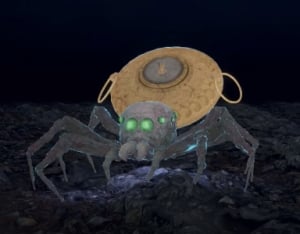