Nine Tails is a Guardian Spirit in Nioh 2. Guardian Spirits can be selected on the Shrine menu and each provides a different boost to the player. Activate Yokai Shift by pressing △ + O (B + Y on Xbox/Steam controller) when the Amrita Gauge is full.

As its name suggests, Nine Tails is a fox guardian spirit with nine tails, each containing enormous power. Able to control fire as well as psychologically manipulate people, Nine Tails once took the form of a strikingly beautiful woman, and manipulated a monarch into terrorizing his people. As such, the guardian spirit struck fear into people, who believed it brought chaos to the land. Conversely, there are those who worship Nine Tails, seeing it as a sign that peace will soon come to the world. Whichever side one believes, all agree that if you see one, the world will soon be turned on its head.

How to unlock Nine Tails

How to use Nine Tails 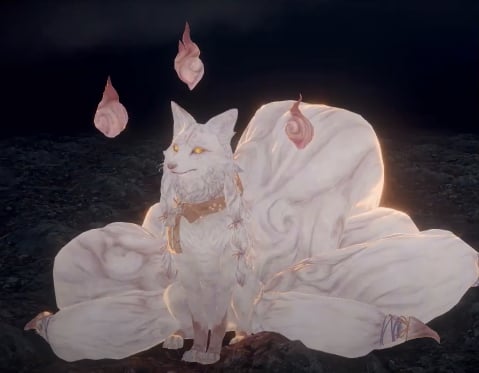