Tengen Kujaku is a Guardian Spirit in Nioh 2. Guardian Spirits can be selected on the Shrine menu and each provides a different boost to the player. Activate Yokai Shift by pressing △ + O (B + Y on Xbox/Steam controller) when the Amrita Gauge is full.

The rainbow-adorned Tengen Kujaku is said to wield tremendous power capable of seeing into the future; it is also flighty and mercurial. Those under Kujaku's protection will lead interesting lives full of drama and turmoil. Approximately one month before Nobunaga's assassination at Honnoji Temple, a great comet streaked across the night sky; some believe this may have actually been Tengen Kujaku.

How to unlock Tengen Kujaku

How to use Tengen Kujaku 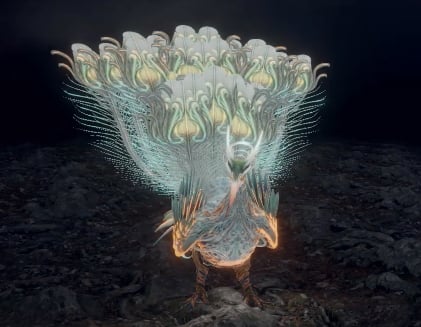