Nioh 2 is an action role-playing game set in Japan during the later Sengoku Era. It is a follow-up to the highly successful Nioh and, like its predecessor, it is a collaborative effort from industry vets Team Ninja and Koei Tecmo. The game was revealed during the PlayStation conference during E3 2018 and was initially released for the PlayStation®4 on March 13, 2020. It was also brought to PC via Steam on February 5, 2021 and a Remastered version was made available for PlayStation®5 systems on the same day.

Nioh 2 is the follow-up to Team Ninja's Nioh, which was released in 2017 to critical acclaim and a solid reception. In the original Nioh, players assumed the role of William Adams, the first Englishman to travel to Japan, in a fictionalized, dark fantasy retelling of events in the war-torn late Sengoku period. Similarly, this new entry in the franchise takes place within the same era, albeit in an earlier time period. Nioh 2 is both a prequel and a sequel in that the majority of its storyline takes place before Nioh, with its latter portions overlapping with the timeline and events of the original game. In it, players take on the role of a half-Yokai referred to as a "Shiftling", looking to uncover the mysteries of their birth, who eventually gains the nickname Hide (秀, Hide) and befriends Tokichiro, a merchant seeking glory and leaving his mark in history by selling Spirit Stones. Together, they journey through the Sengoku Era in demon-infested lands, witnessing and playing their parts in the rise and fall characters such as Oda Nobunaga, and building a legacy that will forever change themselves, being recognized as important figures in Japan's history.

The Nioh franchise is best described as a cross between Team Ninja's own Ninja Gaiden series and FromSoftware's Dark Souls titles. Combining the former's high octane, fast-paced gameplay with the latter's modern approach to highly challenging masocore RPG mechanics, Nioh 2 features punishing melee combat that demands skill and mastery of its various intricate mechanics, as well as a deep understanding of enemy behavior patterns and your own abilities in order to best your opponents. It draws from Soulslike influences in the form of its world building and structure where danger lurks in every corner and death is an ever-persistent occurence as players strive to achieve victory through overwhelming odds.

Nioh 2 builds upon the original's fan-favorite elements such as the Ki Pulse and traditional Samurai Combat with the inclusion of Hide's Yokai Abilities. The brand new Yokai Shift elements allows players to skillfully counter opponents' perilous attacks with proper timing, draw on the souls of other Yokai to perform devastating moves, or completely transform into one of three powerful Yokai forms for a limited duration, granting them immense strength and durability to more easily turn the tide of battle.

Nioh famously blends together real-life historical accounts of events and locations in the Sengoku Period with a dark fantasy setting punctuated by supernatural elements of Japanese Mythology and Folklore. These elements and themes are also prevalent in Nioh 2. In this fictional retelling, players will come across historical figures and characters who played important roles in the era. They will bear witness as events unfold from both sides of the ongoing war and as demonic Yokai ravage the lands of ancient Japan.

Prepare for the fight of your life as you take on the role of Hide, discover the truth of your lineage, unlock the strength of the Yokai within and play your part in a tumultuous period of Japanese history. 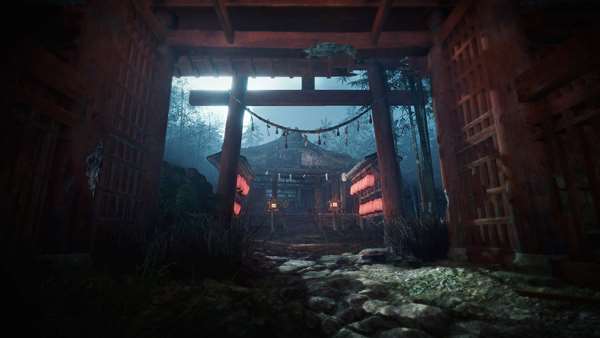 The tale of Nioh 2 begins in 1555 A.D., during the later periods of Sengoku Era Japan ravaged by war and a  phenomenon drawing the demonic Yokai to mysterious substances known as Spirit Stones. You play an orphaned half-Yokai Shiftling using your supernatural magic and abilities to hunt down these demonic forces. Tokichiro, a lowly peasant who makes a living finding and selling Spirit Stones hears about your combat prowess and peculiar abilities, and invites you on a collaborative journey to glory. Together, you travel through the war-torn regions of the Sengoku period, taking on various missions as you give chase to the elusive Man With The Staff who knows of your lineage and with whom you have a mysterious history with.

Learn of your past and secure your future as you take on the demonic forces at the center of the ongoing war. Take part in historic events such as the Battle of Okehazana and the Siege of Osaka as you fulfill your destiny and build your legend across this storied part of Japanese history. 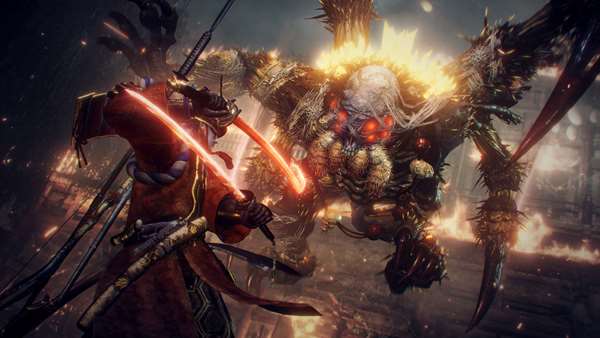 The Nioh franchise draws from Team Ninja's own Ninja Gaiden series' intense, high-octane combat which demanded precision, concentration and skill, as well as mechanics established by the genre-defining Dark Souls titles to create a unique identity and brand of highly challenging "masocore" games.

Nioh 2 builds upon the foundation laid by its predecessor of a stylish, melee-centric and punishing battle system. Master the intricate and lethal arts of the Samurai as a fierce Human-Yokai hybrid warrior coming to grips with your supernatural abilities. Learn enemy patterns as you work through challenges with trial and error, and by analyzing the capabilities of both yourself and your opponents.

Central to Nioh 2's combat is the Ki and Ki Pulse mechanics. Ki is the inner life force that fuels every action you perform, from attacking to dodging and blocking. After every combat action, you will have a brief window in which you can perform a Ki Pulse in order to regain a large portion of your expended Ki. This mechanic is the key to controling the flow of combat, and allows you to string together a lethal chain of attacks, giving your opponents no quarter. 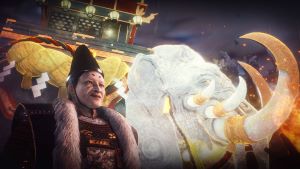 On their journey to quell the threats in the country, players will come across key characters based on real-life historical figures who are an integral part of the events taking place during the time period.

Witness the rise and fall of the ambitious genius Oda Nobunaga. Behold the peak performance in the ways of the bow of Imagawa Yoshimoto, the famed "Greatest Archer in Tokaido". Fight side-by-side with master shinobi "the Demon Hanzo" Hanzo Hattori. Whether friend or foe, these fateful encounters with these historic icons will set in motion a chain of events that will forever change the protagonist as they discover their role in this chaotic period in Japan. 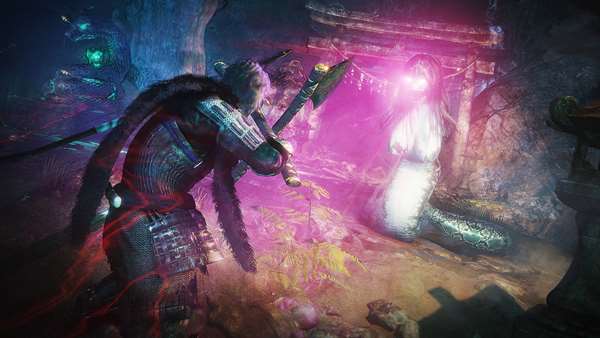 Aside from rogue samurai, bandits, hunters and other humanoid opponents, you will be met with the full force of a demonic Yokai army at every turn. These creatures are derived from the extremely rich Japanese mythology and folklore that is prevalent even in today's modern works of art.

From the ravenous and sustenance-deprived ghouls known as Gaki, the serpentine maiden Nure-Onna, the grotesque abomination Waira, to the truly fearsome and murderous hag Yamanba, Nioh 2 hosts a huge cast of legendary creatures, most of which are hostile and serve to impede your progress, but some may yet prove a boon on your journey. 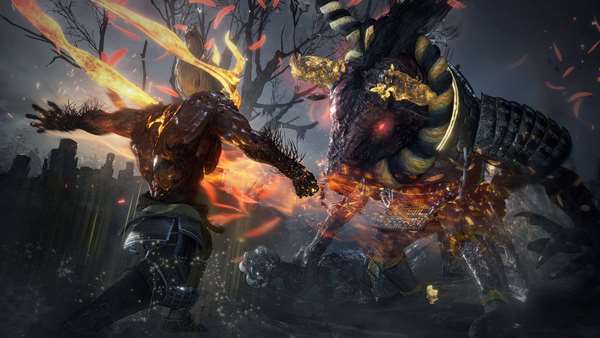 Nioh 2 introduces a new mechanic in the form of the player's Yokai Abilities. As a Human-Yokai hybrid, the protagonist can channel their inner power to transform into a Yokai with one of three forms. This mehcanic can be used to counter the most powerful enemy attacks to leave them vulneable, channel the abilities of other Yokai via Soul Cores to devastate opponents with demonic skills, or to completely transform for a limited duration and gain great strength to turn the tide of battle. 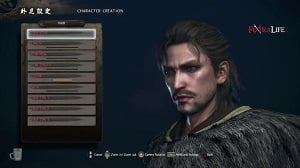 While the protagonist is very loosely based on the real historical figure Toyotomi Hideyoshi, their characteristics and appearances are fully malleable by the player. Nioh 2 sports one of the most robust Character Creation systems in all of gaming and will allow players to finetune their appearance, including Hide's gender however they please. Team Ninja also heavily draws from hardcore RPG titles, particularly the Souls games when crafting its Character Progression mechanics which feature deep leveling and customization systems to allow for full control of Hide's attributes, stats, strengths and weaknesses.

Nioh 2 was finally brought to PC via Steam on February 5, 2021 with a host of improvements including full 4k and HDR monitor support, ultra wide-screen compatibility, full keyboard and mouse compatibility, as well as key bind customization. Below are the minimum and recommended specs to run Nioh 2 on your PC:

This section lists all available editions of Nioh 2, including special bundles. All prices are in USD and are universal across both Playstation and Steam platforms, but subject to each platform's individual discount sales that run throughout a given year. See the DLC page for details and pricing on Downloadable Content.

Price: Free for players who own any PlayStation 4 version of Nioh 2

Includes Nioh and Nioh 2, as well as all major DLCs for both games 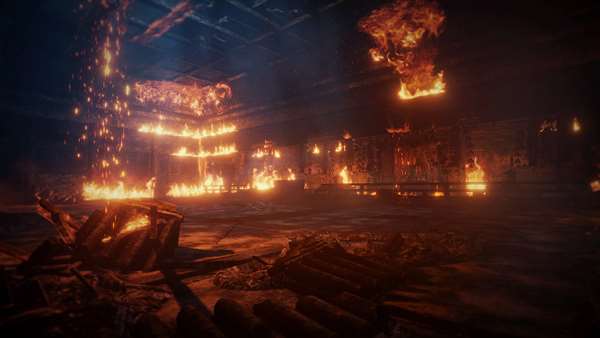 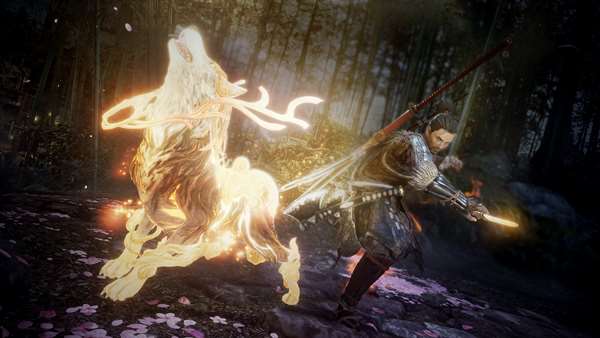 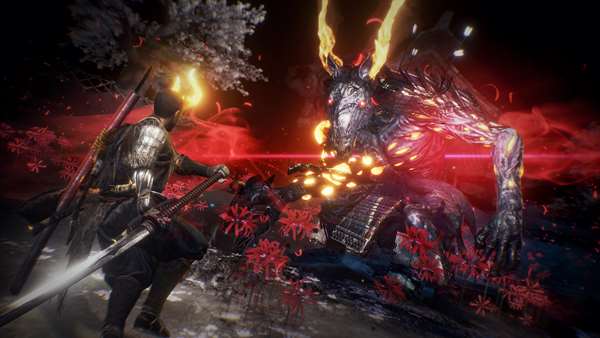 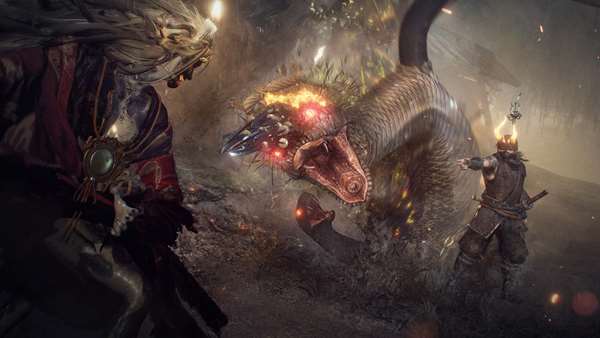 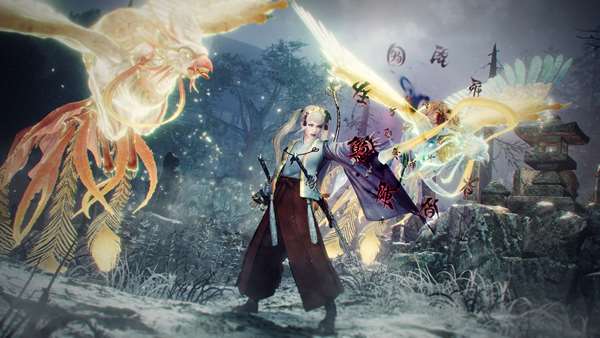 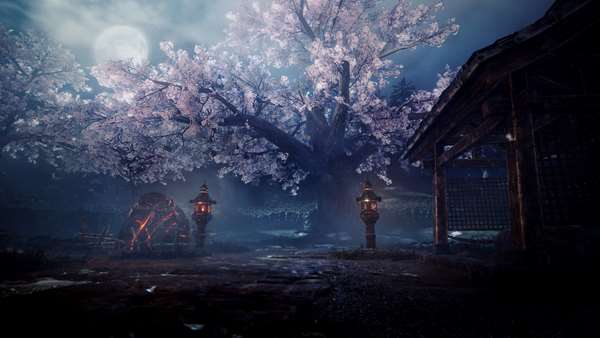 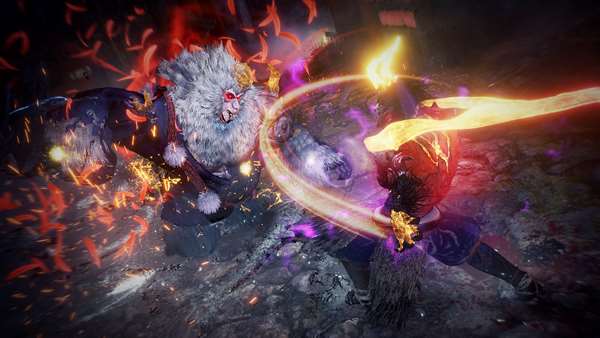 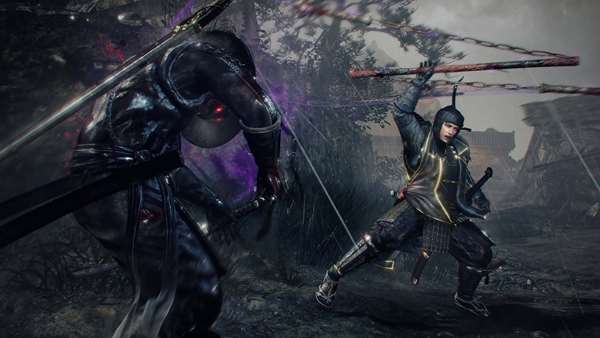