New Player Help for Nioh2  helps you understand the basics of the game's mechanics and links helpful resources on the wiki, as well as other content that you might find useful when setting forth in your Nioh 2 journey.

New to Nioh 2 is something called Burst Counter. This is performed by pressing R2+O at the same time, and is used to interrupt Burst Attacks performed by enemies, which are the ones that glow orangish red. These not only interrupt the attack, but also deal substantial Ki Damage and give you an opening to attack for a couple of seconds. It does cost some Anima to use, which is the purple bar up top beneath your Ki, so make sure to always keep some handy in case you need it. 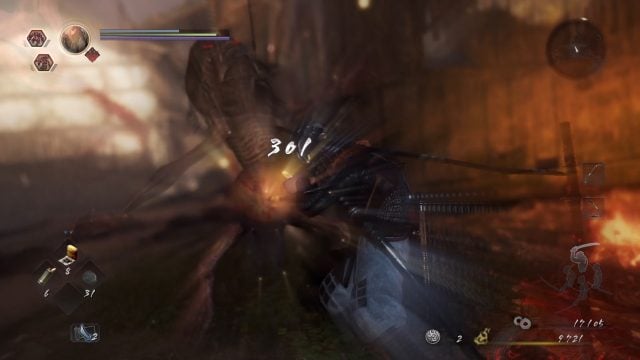 I personally love the Feral Burst Counter the best, I recommend using this type of Guardian Spirit if you are new to the game, and there are a couple of reasons for this. First, it can be used to dodge nearly ANY attack in the game, whether it’s a Burst Attack or not. This gives you extremely good mobility and an “OH*****” button when you aren’t sure what to do. And Second, it allows you to dash into Burst Attacks from further away, ensuring that you connect and interrupt the attack. You can even Burst Counter into the back of enemies doing Burst Attacks this way to interrupt them if they are attacking other players. If you did not pick a Feral type for your Guardian Spirit, you will gain one not too far into the game, just make sure that you switch to it then.

Soul Cores, and What to do With Them

Another new feature of Nioh 2 is Soul Cores. These can drop from each enemy in the game, even Bosses, and can be equipped by the player to give them special attacks that also use Anima. Additionally, and equally important is that fact that these Soul Cores provide passive bonuses to your character when equipped, which can help make you stronger. These are not only listed under Special Effects, but there are also Attack and Armor values at the top that are added directly to your Attack and Defense. This makes some Soul Cores defensive and some Offensive, so be sure to pick the ones that have the Skills that you want, AND give you the bonuses that are most applicable to you. 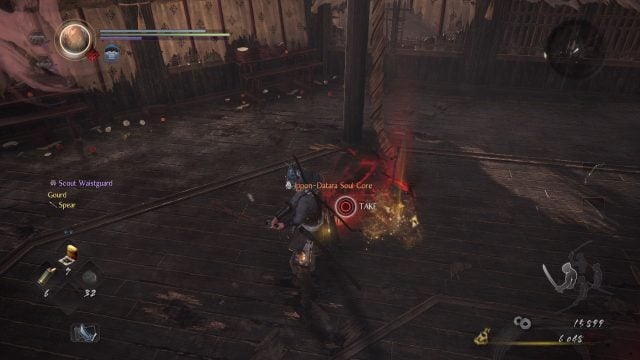 Soul Cores also have Ranks and can increase in power via Soul Fusion at any Shrine. During Soul Fusion you are combining two of the same Soul Cores to make one more powerful at the cost of the other. This is a great way to “power up” your Soul Cores so that they are even more effective, as this will increase the bonuses these Soul Cores give. If you have extra Soul Cores and you haven’t maxed out the rank of your primary 2 Soul Cores then you’ll want to do that before you start using Resting Rites and destroying them for Shifting Skill Points.

Another really good tip for this game is to play it carefully and cautiously and try not to aggro many enemies at once, or not at all if possible. A lot of the more challenging areas of the game are packed full of enemies, and it is incredibly difficult to face more than one enemy at a time in Nioh 2. Use your Rocks, Arrows and even any Shurikens or Kunai you have to kill or pull enemies one at a time when possible, preventing situations where you might become surrounded. If you’re having difficulty then try playing a bit stealthier, and you should have an easier time. 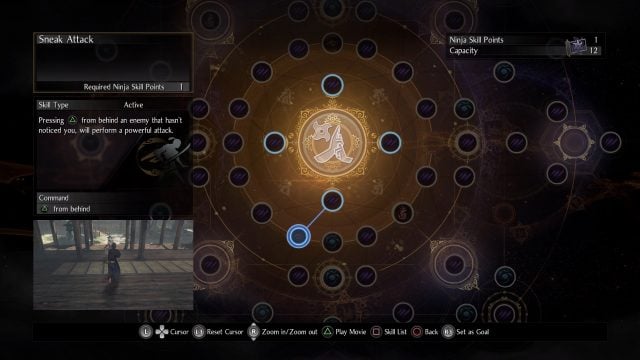 Another thing to note here is that you cannot backstab enemies unless you have the Sneak Attack Skill in the Ninja Tree. This is on the bottom section of the tree, and you can get it very early on, so make sure you do. If you are having trouble sneaking up on enemies to do this, you can look for Armor or Items that have “Stealth” on them to make this easier, or you can use Sneak Thief Scrolls once you unlock them.

You Can Respec Your Skill and Attribute Points

Once you gain the Blacksmith, which you will do by progressing the Main Missions of the game, you’ll be able to purchase an item called Book of Reincarnation from her for 10,000 Gold. Once used this will refund all your Skill Points and Amrita used to level up, allowing you to redistribute your points as you see fit. So, if you realize you made a mistake early on, just hang in there because it won’t take you long to gain access to the Blacksmith. The cost of this item increases each time you purchase one, however, so plan accordingly and try not to respec too often or you might go broke. Note at the time of this guide, the Book only refunds Amrita for Attribute Points and is likely a bug. 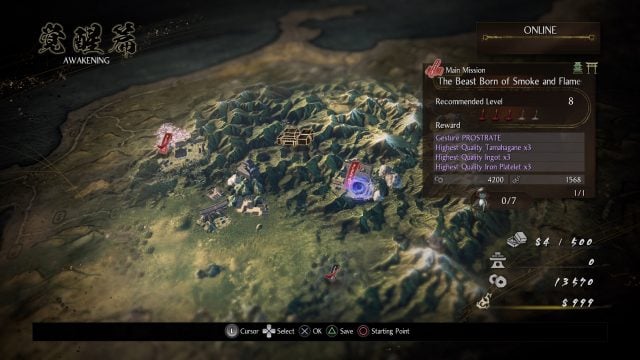 Additionally, you can reset your Skill Points at the Dojo by pressing the Triangle button and paying gold for each Skill Tree you wish to refund. This can be done as much as you wish for each skill line, and increases in gold as the game progresses and you earn more Skill Points, costing 650 Gold per Skill Point you refund. It’s a great way to make small changes to your Build without having to redo everything.

It’s no secret to Nioh 2 players that Weapons have Familiarity and grow stronger as you use them. However, what you might not know is that ANY weapon you have equipped will gain Familiarity whether you use it or not. This means if you pick up a weapon that has higher potential than the one you are currently using, but lower damage at present, you can place it in your second slot and gain it Familiarity without using it. This prevents you from suffering a drop in DPS while you power it up. 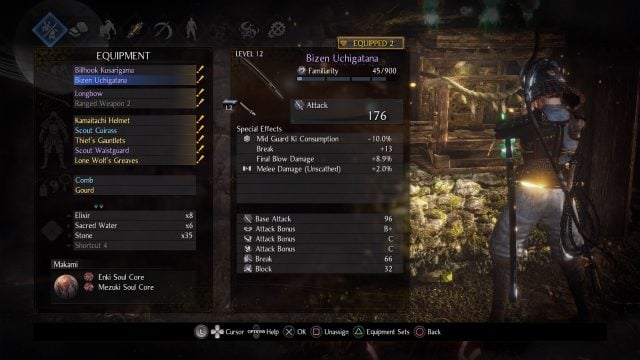 You Can Pause The Game

One thing you might not be aware of is that you can actually pause the game. Not just go into the menu, but Pause pause. To do this you hit the touch pad on your PS4 controller to go into your menu, and then hit the “Options” button on your controller. This will Pause the game and prevent you from being attacked or killed while you AFK to the bathroom or to refill on Mountain Dew and Dorritos. Learn to pause and save yourself some stress.

Do The Dojo Missions

The Dojo Missions in the game teach you the basics of how things work, which is not particularly useful if you’ve played the game in any capacity or have played Nioh 1, but you should still do these anyway. The reason for that is that many Skills in the game are locked behind these Missions and if you don’t do them then you cannot gain these Skills. It’s annoying as hell, but they do reward you with some useful things like Ninja Locks, which can be used to gain more Skill Points.

One of the coolest features of Nioh is Ninjutso and Onmyo Magic, but many players miss out on it because they aren’t familiar with how to gain Skill Points easily, and therefore it never becomes powerful enough for them to use. The best way to gain Skill Points for either of these Skill Trees is by using items, Ninjutsu or Onmyo Magic. Let me clarify.

When you first begin the game you won’t have any Ninjutsu or Onmyo Magic, so in order to gain Skill Points you will need to use Bombs (Ninja) or Amulets (Onmyo) in order to gain a point or two. These can be looted from corpses around the maps, so make sure to be on the look out for them, and equip and use them once you have some. 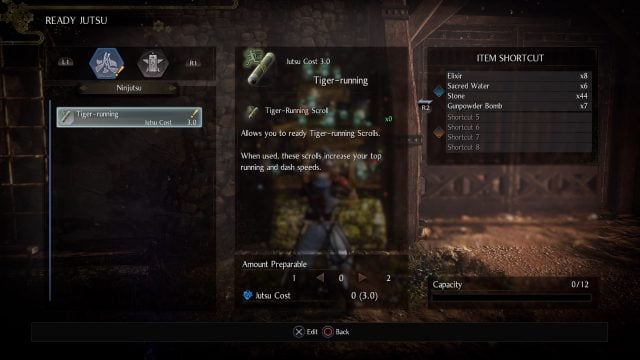 Once you have your first point, you can spend it to unlock a Ninjutsu or Onmyo Magic, and then you can Ready Jutsu at a Shrine to equip these. Then just keep using them to gain further points. The more you hit enemies with them, the more quickly you will gain Points. Additionally, you can use Ninja Locks or Onmyo Magic Locks to gain 1 Point, but these are not as common and shouldn’t be depended upon.

Armor Types and Which to Choose

There are 3 different types of Armor in Nioh 2, and these are Light, Medium and Heavy Armor. Not only do the provide different amounts of protection, but they also come with a certain amount of Toughness and Weight. Although no one plans to get hit in these types of games, Defense can make a huge difference to the amount of damage you take. And, it often allows you to keep swinging through enemy attacks, even if you are struck mid animation. This allows you the choice between nimble and light, or tanky and heavy or somewhere in between. 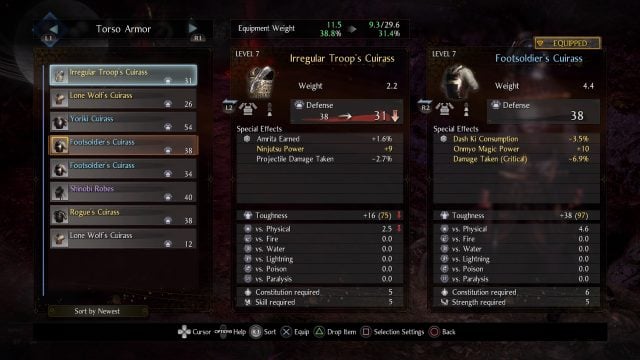 The more Toughness you have the less Ki Damage you take when Blocking or being Hit, and you also are harder to stagger when struck. This means if you plan to play a Build that relies on Blocking to mitigate damage often, then you’ll want to use Heavy Armor. If you want to have a combination of Blocking and Dodging then you’ll want Medium Armor, and if you want to rely primarily on Dodging then you’ll use Light Armor. Try not to worry about Defensive values, and focus on these things when selecting Armor, and make sure to select weapons that have good Block values if you wish to Block often.

Lastly be sure to fight Revenants that have equipment you may want, especially those that are using the Weapon type you are, and if it’s better quality. Getting a good weapon for your Build, is one of the harder things to do in Nioh, so take the opportunity to gain a new one when you see it. Fighting Revenants is a great way to gain Ochoko Cups as well, if you find you are running low or don’t have any. This will allow you to co op, and you can even fight Revenants while co op to fill up on Ochoko Cups more easily. Both host and guest will gain them, so it doesn’t waste anyone’s time! 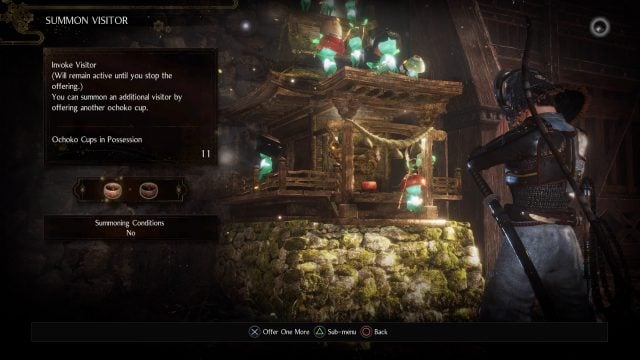