Scrolls are a special Accessory in Nioh 2. Scrolls can be found after completing the first game cycle, and will unlock special Scroll Missions that users can undertake and complete to be able to equip the Scroll.

A celebrated Scroll depicting a procession of yokai and demons. Its full name is the Hyakki Yako, Night Parade of One Hundred Demons. It was originally painted by an artist who despaired of the unrest of his era and prayed only that peace would return to the world. Sadly, this was not to be, and his frustrated desire curdled and became something far more sinister, explaining the sense of foreboding that this Scroll inspires.

Take on Demon Parade Picture Scroll missions via the map of the region. Clearing the mission contained within a Scroll will allow you to equip it.

How to Get Scrolls

Scrolls are unlocked when entering the "Dream of the Strong" difficulty, in New Game Plus. From here on, players can obtain Scrolls as random drops from enemies, as special drops from Revenants, or as a Mission Reward form playing online. 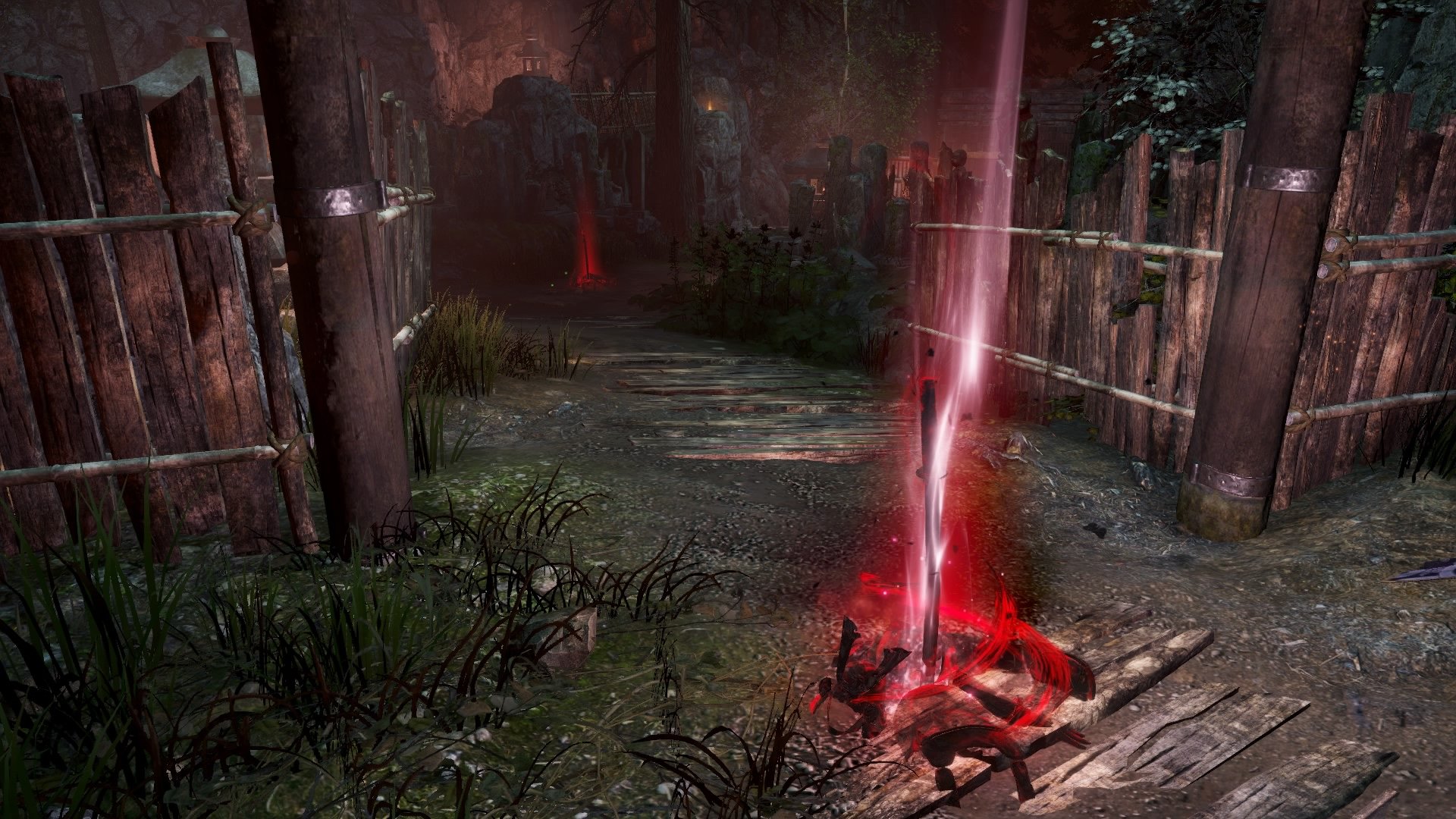 There are several types of Scrolls, their level ranges, + ranges, quality as well as some of the potential enemy patterns are determined by the difficulty.

How to Equip Scrolls

To equip a Scroll, the player must first complete the mission of the Scroll at least once. When Scrolls are first found, the first special effect will be revealed, but any other effects of that item will be hidden until the mission is completed. The Scroll mission can be undertaken several times, up to a maximum indicated by the Scroll itself under the "Attempts Allowed" category; this count goes down when you complete the mission or if you leave with a Divine Branch/Divine Branch Fragment. Scrolls also come with a recommended level.

Once the mission is completed, the Scroll can be equipped to the dedicated Scroll item under accessories.

Note on completing Scrolls as an expedition: You will only get credit for the Scroll completion if you own the Scroll and are leading the mission.

Once you obtain a Scroll, a new icon appears above the Twilight Missions in the Map. Selecting that icon brings you to the Scroll missions menu, where you can choose from the available Scrolls to challenge that mission. To complete it, you need to kill every enemy that appears until the bar representing how many enemies are there is depleted.

The specific formation of enemies, as well as the spawn order, can be identified by the Enemies Appearing section on the Scroll, as well as the map shown. The enemies appearing shows some, but not necessarily all of the enemies that appear in the Scroll. For example, Scrolls that have two Bosses in that section will simply have one boss followed by the other, however, the Scrolls with Tesso/Oni-bi  in Enemies Appearing will also have Spiders, despite not being listed. Whats more, every scroll with that combination behaves the same way, so once you experienced that formation you can prepare a strategy if you see it again.

As a special note, Gyuki, Lady Osakabe, Daidara Bocchi and Uminyudo all have a Scroll that is a one-on-one fight against them, as they all have special mechanics and only appear in some of the longer missions.

These missions can also be done online through Expeditions only.

After completing a Scroll, you can use another completed Scroll to reset one of them to an uncleared state, giving you another change at playing that Scroll. The special effects are locked again, and upon completing it again it will be restored to what it was before the Transference. Outside of farming the Scroll's enemies again if you don't care for the effects, the main purpose of this is, in combination with the Rarity Inheritance (Scroll Transference) effect, to rarity bump a lower level Scroll. This will increase the Attack and Defense of the Scroll and allow the New Game + locked effects to appear on it. However, if done on a lower level Scroll, the enemies will still be of that level, and so will the gear that drops. Also, keep in mind that only Scrolls of the Nioh can have two Fixed Effects, even through Rarity Inheritance.

Equipping a Scroll, in addition to giving extra Attack and Defense, provides the wearer with unique special effects; this icon

identifies the Scroll's fixed special effects. Multiple effects from the same pool can not exist on the same Scroll.  The possible effects are:

What to do with Unwanted Scrolls

There is no way to deconstruct or sell unwanted Scrolls, so players can either destroy them from the menu or drop them during a mission. Otherwise, you can use them as fodder for Scroll Inheritance.