Atlas Bear is a Guardian Spirit in Nioh 2. Guardian Spirits can be selected on the Shrine menu and each provides a different boost to the player. Activate Yokai Shift by pressing △ + O (B + Y on Xbox/Steam controller) when the Amrita Gauge is full.

The embodiment of nature's ferocity. It originates from the far southwest, where legend says that if you paint a baby's face with the Atlas Bear's pattern on the first day it hears thunder, the Atlas Bear will protect the child for the rest of its life. Those who the Atlas Bear protects grow up to be strong and hardy, and are said to be able to survive danger that would rob most of their lives.

How to unlock Atlas Bear

How to use Atlas Bear 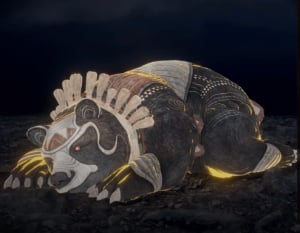