Mizuchi is a Guardian Spirit in Nioh 2. Guardian Spirits can be selected on the Shrine menu and each provides a different boost to the player. Activate Yokai Shift by pressing △ + O (B + Y on Xbox/Steam controller) when the Amrita Gauge is full.

This dragon serves as guardian spirit of those who harbor great ambitions. Though they normally reside in the abysses of deep rivers, it is believed that upon their death they ascend to the heavens and transform into celestial dragons. True or not, this belief was so widespread in the Warring States period that many aspiring warriors fervently venerated the Mizuchi.

How to unlock Mizuchi

How to use Mizuchi 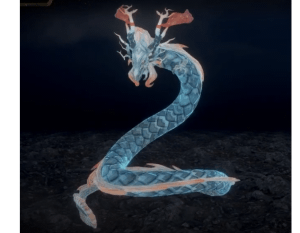